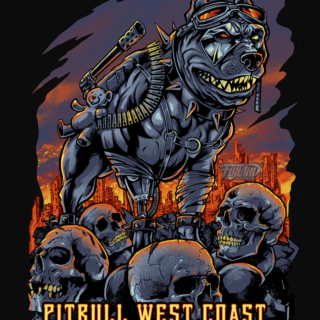 West Coast Pitbull, a huge brand that caters to all things pitbull, hired me to create a series of apparel designs featuring the Pitbull in all his badass glory.

Our second design had me drawing a pitbull skull in a decorative Ace of Spades card design. I decided to add a lot of detail to the skull, but push the other design elements into the background to help it pop out.

The next West Coast Pitbull t-shirt design I created imagines a dark future where humanity’s only hope for survival rests in the paws of cybernetically enhanced Pitbulls designed to hunt out their enemies. I drew this pitbull on a pile of skulls because it just felt right.

I illustrated this crazy and horrifying clown for West Coast Pitbull’s new apparel series. This was a digital painting created in Adobe Photoshop – I decided to leave out all the line art in the design and try to go for a more realistic look. 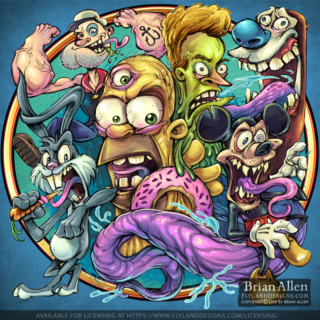 Pelican mascot design I’m working on for a restaurant in…………… 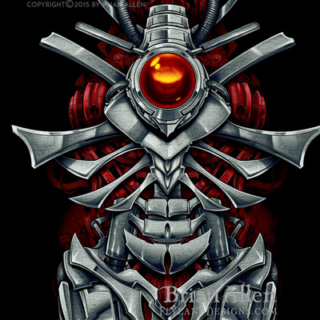 Pelican mascot design I’m working on for a restaurant in………………………