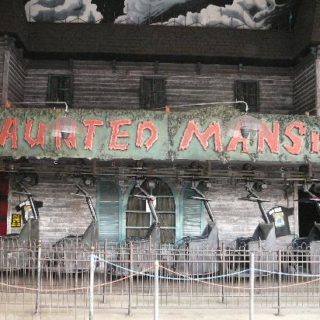 Earlier this year, I was commissioned to paint a black light mural in the Haunted Mansion ride in Funland of Rehoboth Beach, Delaware. I can’t tell you how much of a privilege this was for me, because I have been visiting Rehoboth Beach several times a year since I was two-years old. So I have vivid memories of the Haunted Mansion terrifying me from a very young age. It was such a fun challenge to be able to add my own touch to the iconic ride.

If you’re familiar with the ride, there was a steep ramp at the very beginning of the ride that was too narrow to hold any mechanized props. It was decided that the best way to add some interest to the otherwise blank area was to have me use blacklight paints and dress it up a little. I presented them with concept sketches with the idea of painting the ramp as if it were a staircase in the mansion.

The entire mural took about a week. I was often the only one there in the entire park, which made for some cool exploring, and also became pretty creepy at night.

I was very pleased with the final result, and so far it’s gotten great feedback. The blacklight paints give the mural a 3D effect (something that doesn’t come across in these snapshots). Painting with warm colors pops out at you, while cool colors recede.

The project was a challenge for a couple of reasons:

Special thanks again to the Funland staff for choosing me for this awesome project, and for being so cool to work with.

Please note: The videos and pictures did not turn out as well as I had hoped. It proved to be very difficult to photograph blacklight paints. I only had one blacklight (the permanent blacklights were installed later after I was finished) which made it difficult to light the whole mural at once for the photos and video. You’ll just have to Funland yourself! 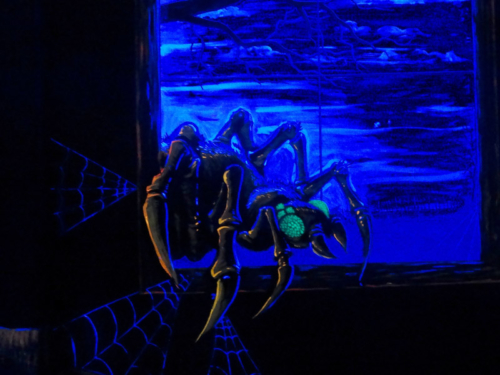 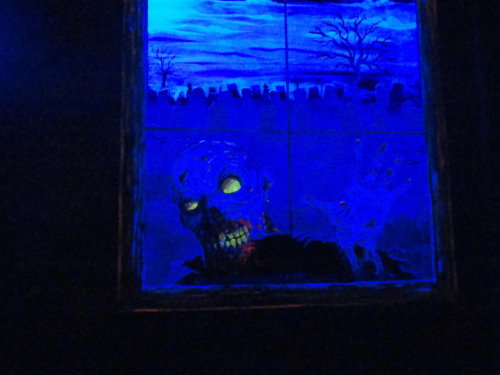 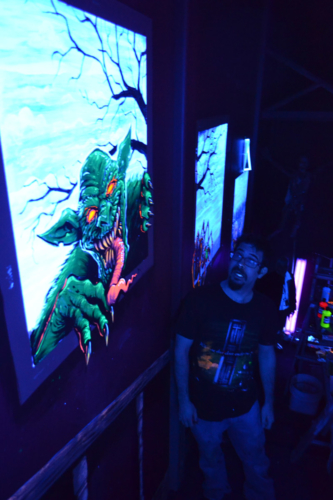 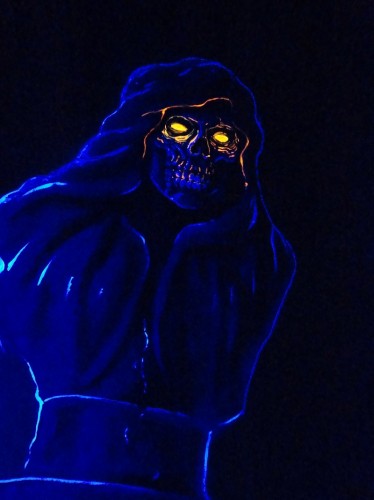 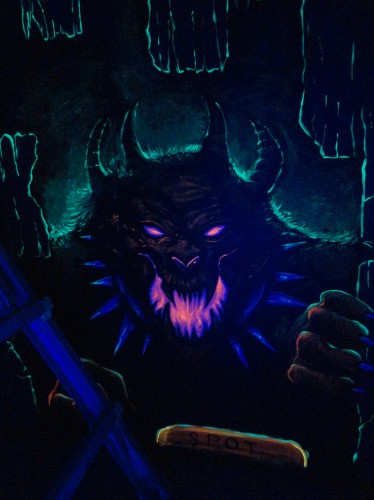 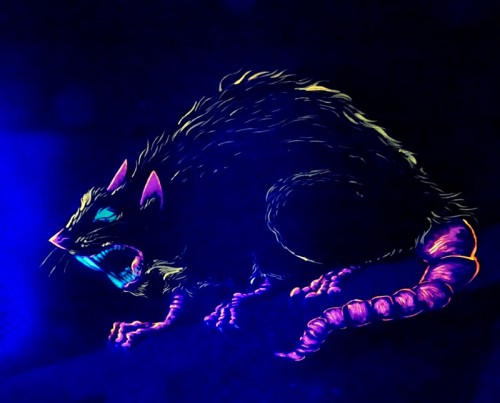 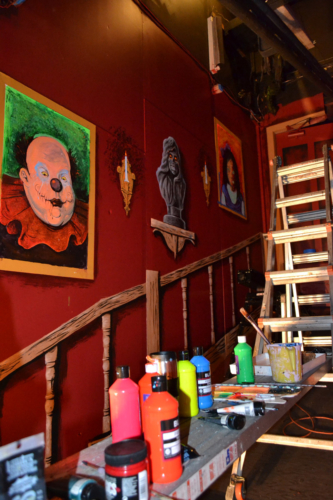 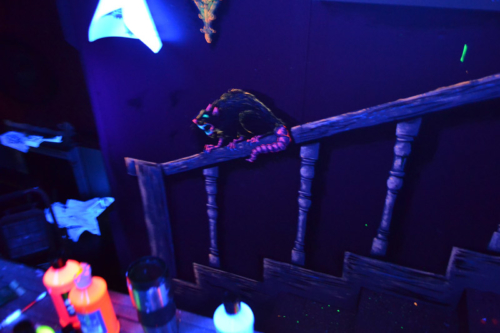 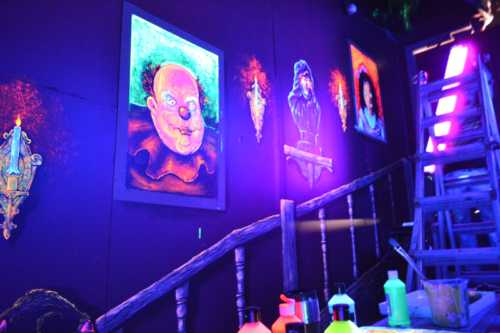 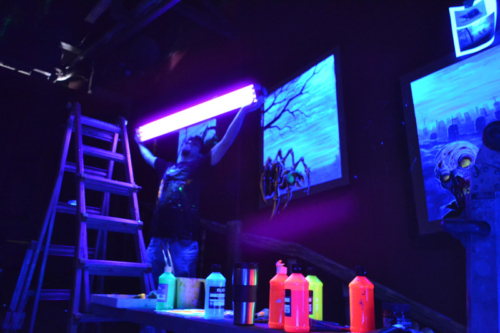 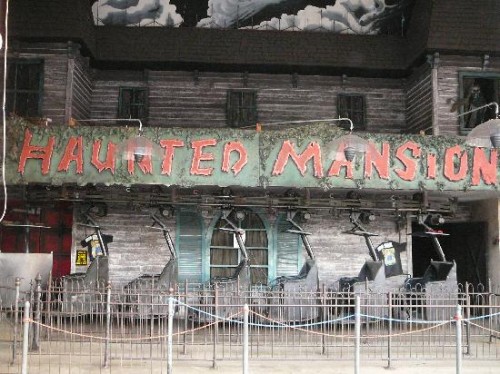 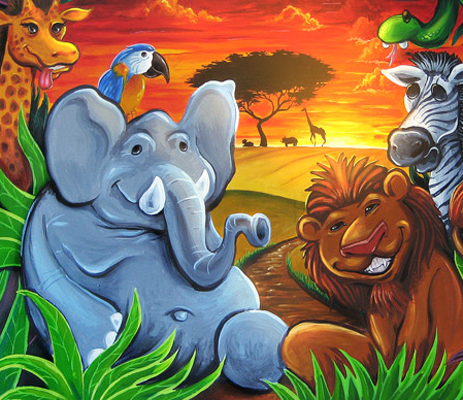