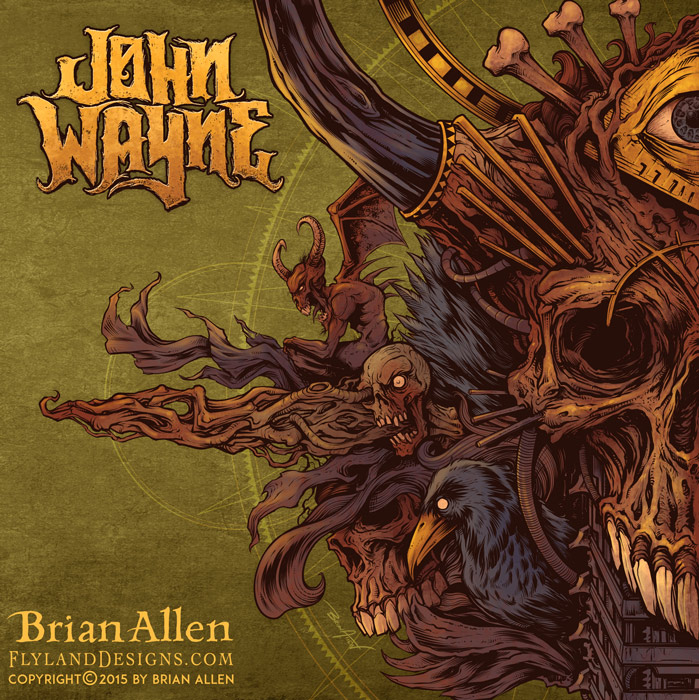 Album cover I illustrated for the Brazilian heavy metal band John Wayne (named after John Wayne Gacy – not the other guy).  It was a great pleasure working on this with the band, as they gave me a lot of freedom, and I set upon the design without much planning, and tried to let it flow.  This album cover is the first in a set of two albums, that when placed together will form one cohesive image.  This album represents the dark side, while the following album will have a similar design, but mirrored, and “lighter.”

We are very happy with your great work!

You can purchase the album here: