I illustrated this promotional poster and album cover for the hip-hop artist Bukshot who partnered with Violent J from The Insane Clown Posse, Madchild, and JellyRoll.  The album was a special edition, and released in a DVD sized package, which allowed me to create a cool portrait orientation, instead of having to squeeze everything into a tiny square.  Bukshot wanted the four artists illustrated as comic book characters, fighting a horde of zombies.  I enjoyed this so much! 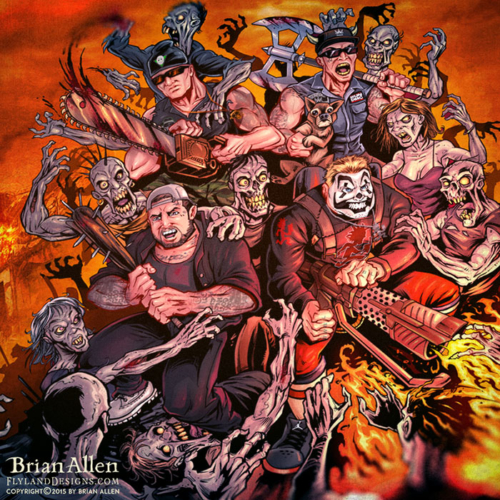 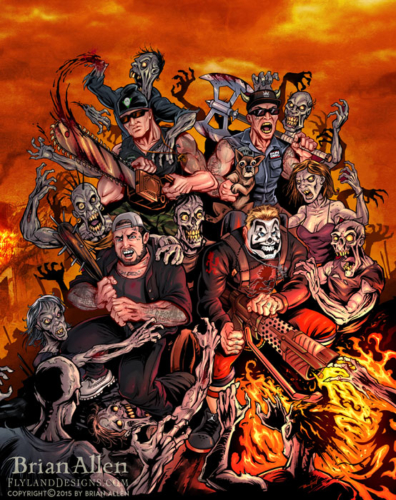 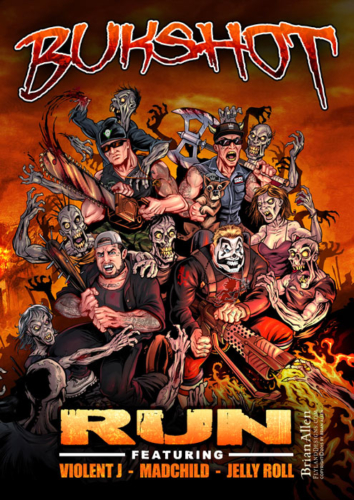