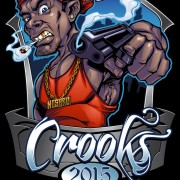 Creating Logos for The Norwegian tradition of Russefeiring

If you haven’t heard of it, basically it involves an entire class of Norwegian students celebrating their final spring semester by renting a bus (a Russebuss), painting every inch of it with really cool street art, and then partying in it night and day for an entire month before graduation.  The different classes wear overalls, caps, and their designs everywhere they go as they clash with the rival classes.  An event marked by public drunkeness and all sorts of shenanigans, these young Norwegian scholars know how to leave high school with a bang…

I’ve been lucky enough lately to have been tasked with creating the logos and artwork for Russebusses and their crews- It’s really cool to be a part of it, in the best way I know how!

This is a logo design I created for a Russebuss theme in Norway, as part of the Russefeiring tradition.  This design was meant to be a parody of the classic jungle book characters, as if they were thugs!

Custom mascot character design I created for a vinyl wrap for a bus, and other apparel for a club in Norway, depicting an angry gun-toting gangster. The client approached me looking for a character and logo design for their club, and wanted something intimidating but also kind of fun.

I created this graphic for the “Crooks,” and provided the final graphics in different pieces and colors, so they could get as many uses from it as possible.

I was hired to design this angel and devil themed logo for apparel and Russebuss vehicle graphic. I’ve done a bunch of these now, and really enjoy it.

I created this t-shirt and logo design of a dog-fighting Spitfire airplane with a real shark’s mouth for apparel and vehicle wrap for the russefeiring tradition.

This Russebusse design was inspired by the recent war movie “Fury.”  I thought it would be cool to add a big metal skull to the front to give it some personality! 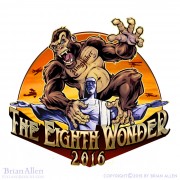 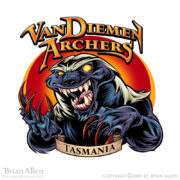 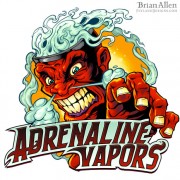 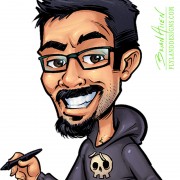 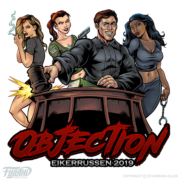 My artwork published in Showcase 100!

Painting skulls because it's Monday Illustrated by Brian Allen, FlylandDesigns.com#skulls#mangastudio...
Scroll to top